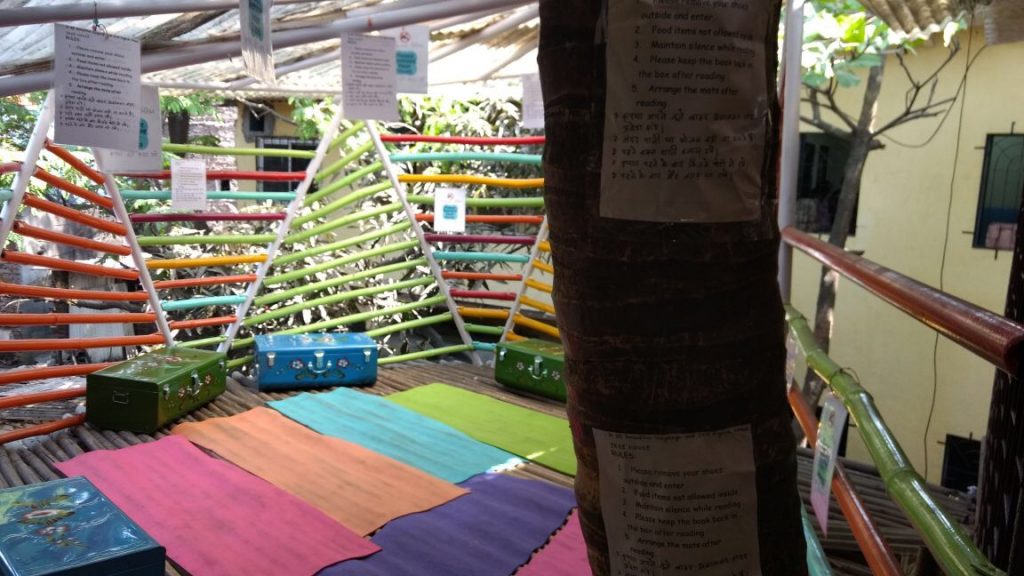 My joy place, my School !

Did you know that a child who plays a lot is likely to have a better job when he grows up? How can playing – convert a dull or developing child into a human with an improved IQ? And why only kids, did you know that playing was equally beneficial for adults as well? Better self-control, relaxation are some gifts that you are guaranteed to get through playing. Thus this World Play Day and International Children’s day lets make an effort towards encouraging play for all ages.

I teach in a really low-income school, which survives in a community called Ganesh Nagar – Kandivili West. This is the place where I realized the difference between my childhood and my 8-year-old student’s childhood. For my kids, playing was running behind vehicles on the street, hide and seek behind the construction trucks. The current reality is that there are no safe play area in such compact slums where having a shelter is the primary aim. I believe it should not matter if you are a refugee or attending a premier private school. For a child, playing is as important as eating or sleeping. It is completely unfair to deprive kids of it. So what place becomes primarily the Joy place for such kids? – Their school.

I am very grateful to Martina who came to my school and identified that there needs to be a change in order for kids to vent energy, which gets suppressed by sitting in the classroom. She came up with this amazing plan of having a bamboo house in the middle of the school. The school did not have space for another room, hence Anukriti team designed it in the air. It was later named “ Tree House” or “Play area”. I saw the difference in the kids who ideally only to ran like nomads in recess bumping and injuring kids coming their way. The tyre swings, made them calmer and lead them to breathe and think. 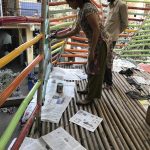 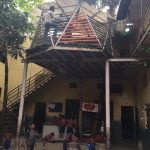 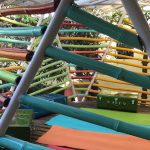 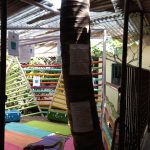 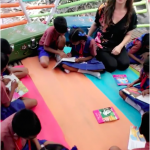 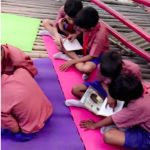 As time passed we observed that the Tree house now became a recreational area and kids loved to spend time drawing, coloring, reading. We decided to put colorful Peti’s filled with storybooks and resources for the kids. Kid’s now identify this place as “The room of Requirement” which suits itself according to the kids needs. This special place is so popular that the kids come post school to enjoy. I cannot thank Anukriti enough for this great venture. I believe that play is not a waste of time and what Anukriti is lending its support to, is a crucial issue in a child’s life in India.